No1 made Rockcakes at school today. This is to be encouraged. And they looked and tasted as good as this one looks.. A fitting number 90. 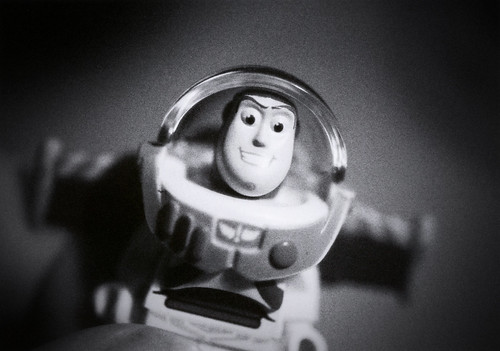 I think this was taken about 6 months ago – maybe more – but only come into my possession and seen yesterday.  Taken on ilford Delta 3200 – hence the grain.

I’ve been excitedly awaiting for the delivery of this pack of prints which took a year of making.  If you read my other blog post here:
http://www.mattnorman.co.uk/index.cfm?blogid=39&Type=FullArticle
you’ll realise that I’m missing opening a set of prints of when I’ve forgotten what they were about.    So a year ago I bought a 36 exposure black and white film and took a couple of shots every month.  And today here they are..  You may see some more on my flickr in the next few days.

Or my tail light

Heres the advert for Crux Prime that taunts me when lego universe loads this week.
WHAT. A. TEASE.
Lego have really added an extra layer to this game now and I cant wait: But I’ll have to till the 11th…
Watch the trailer if you haven’t already:
So I finally succumbed and bought the kids this arena to use with their ninjago.  I admit that I was drawn to it to get a version of Sensei Wu at low cost.  Before they have had the Beyblade stadium – which is built the same way from what I assume is vacuum formed plastic, and it got in the way and got trodden on and broken – so I wasnt too keen on getting a something else to ruin.
This one though is better in a couple of ways
Firstly its not as tall – which makes the whole thing feel smaller.  It also means it should slip easily out of the way under a sofa.
Its got a lenticular style 3D picture – which looks straight out of lego universe on its main playing area – which is flat – and not concave like Beyblades.
It also seems to have more supports under the playing area which makes it seem more sturdy.
The ninjago bases spin like billyo on the baseboard and there are also neat little alcoves within the stadium to store your spinner, cards and the minifig as well as their weapons.
In all not bad value for under a tenner GBP especially when you factor in the better build quality and the Sensei Wo fig.  Only slight sad thing was it looked like you got more weapons – namely nunchucks in the set – and there are no cards for sensei – but apart from that the kids seem happy with this set.

Here is how I set up my Canon 450D to auto-bracket (for HDR) – That is setting the camera to take three different shots of the same thing at slightly different exposures.

Enjoy.  And you will get better results with a tripod – although most of my shots are hand held:

A naughty birds eye view taken where the management say we shouldn’t.

But hey whats wrong with this? My eyes see it as well – and we are allowed to look.